Setting up API Microgateways close to your backend servers and on-premise deployments not only reduces network latency but also adds additional security as you can run it in a fully controlled environment with a selected set of APIs. You can run the API Microgateway in a regional data center, in the same server instance as your service implementation, or even in your local workstation.

How the API Microgateway works¶ 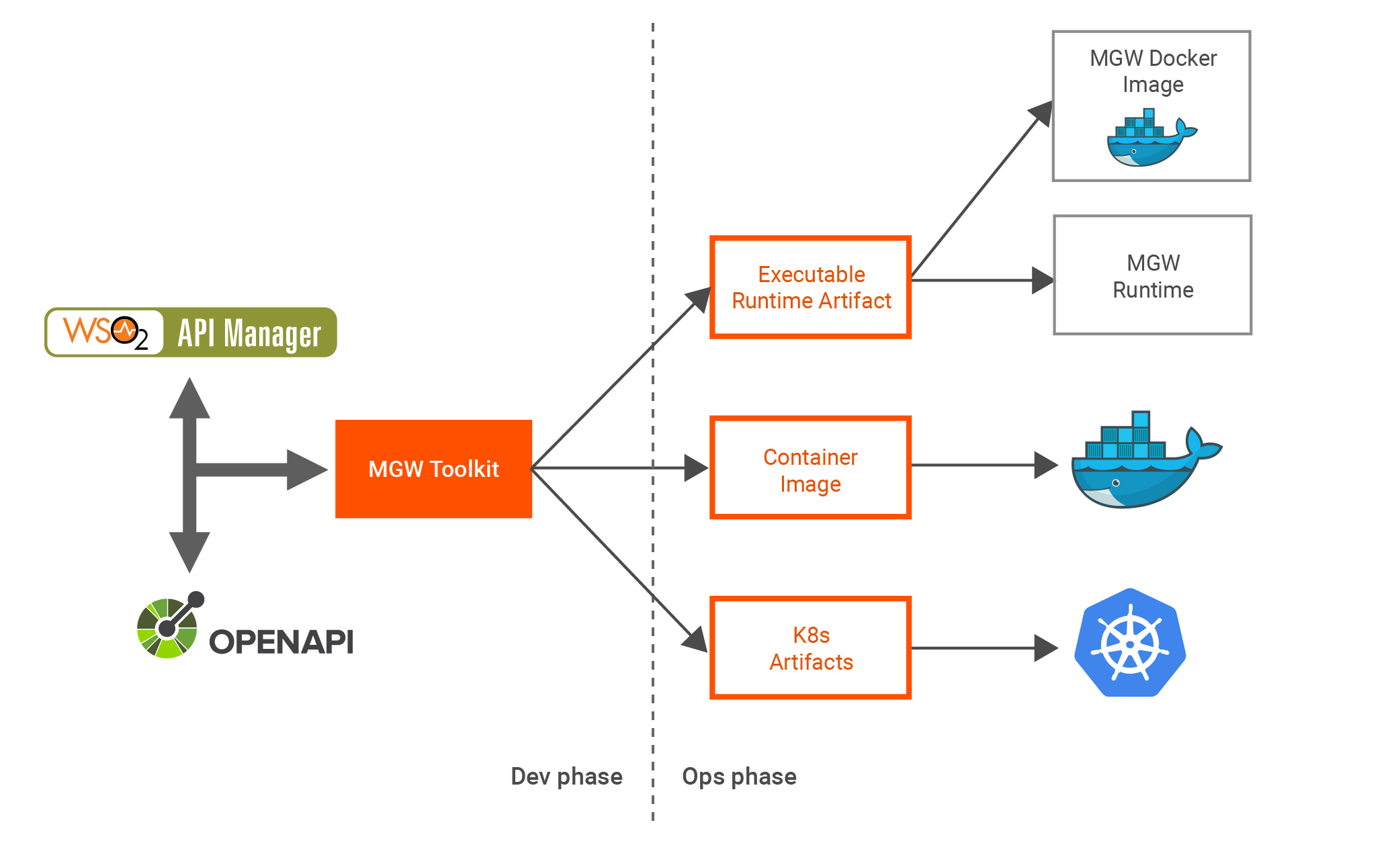 After setting up the API Mircogateway CLI, the user can initiate the API Microgateway project and can add any number of open APIs definitions (with WSO2 specific custom open API extensions) to the project, which are exposed via the runtime after the API Microgateway distribution is built using the CLI tool.

When you issue a build command, the project build is triggered and an executable is created with API definitions. You can directly run this executable on the Cloud, on-premise, or on a local workstation as required using the API Microgateway runtime component.

API Microgateway and the "traditional" API Gateway can be compared in different aspects as below.  The decision to select either of the gateways is highly dependent on the architecture, design, and deployment. Both gateways mostly have similar features and functionalities, but works differently in order to cater for the purpose it was designed to serve.