API developers use policies (i.e. interceptors) for performing various types of transformations and validations at the API gateway. However each time a developer is in need of an API Policy, they have to develop the policy from the scratch.

As per the below diagram, the developer will utilize the Ballerina Central as the Policy Hub ( i.e. Policy Sharing website) for the purpose of searching, listing and uploading policies (i.e interceptors.). The interceptor functions will be placed inside ballerina modules in the Ballerina Central’s Repository. Users will be able to specify which interceptor to engage per API or per Resource within the OpenAPI Definition. During the build time of a project, the specified module will be pulled from the ballerina central, and the interceptor’s functionality will be applied when the API is being invoked. 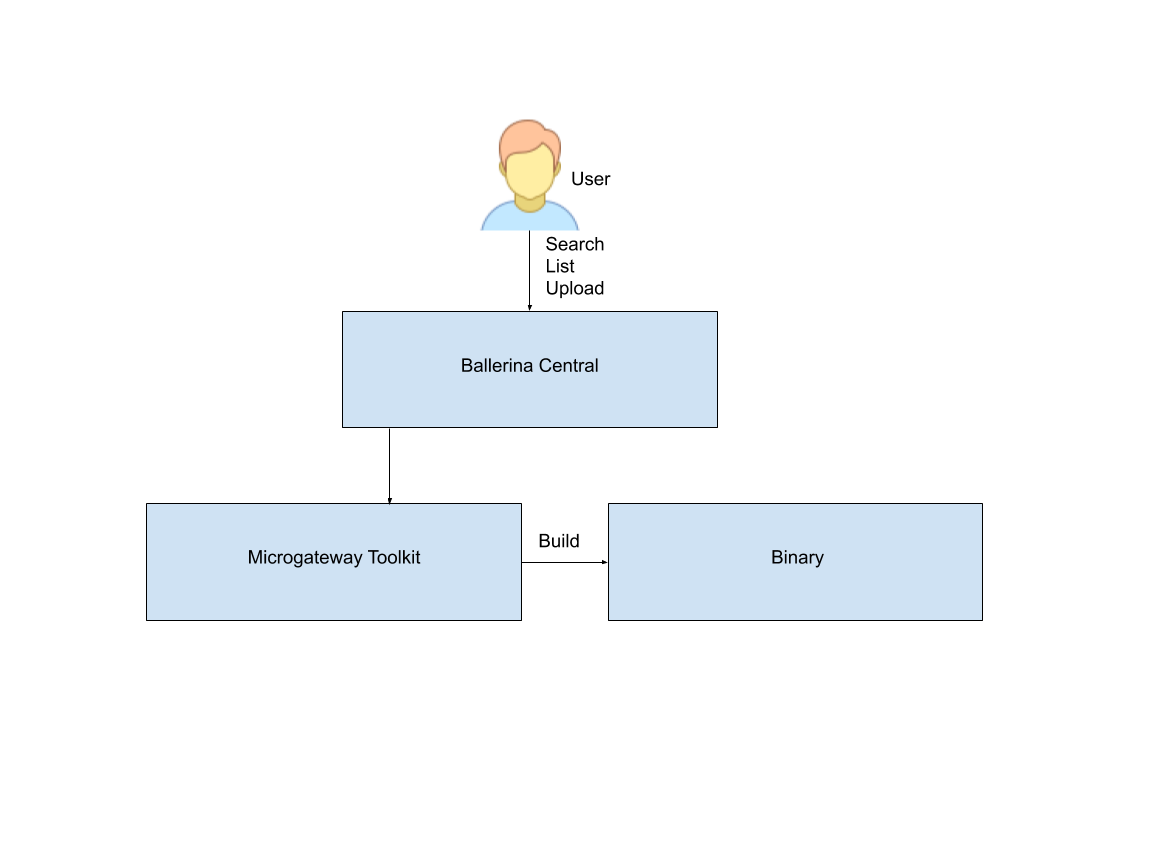 As discussed earlier Microgateway is using Ballerina Central as the hub for sharing policies. Therefore to share a new policy, it has be ballerina module. Let's look at how to create a new ballerina module which is also a MGW policy.